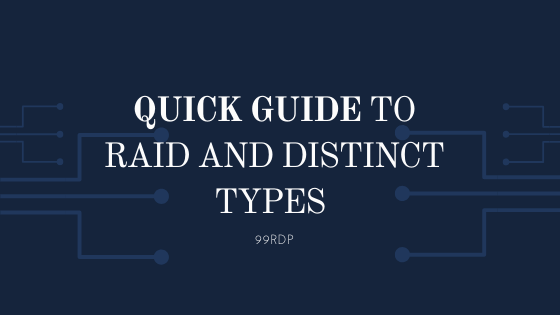 Are you also on the journey to learn all about RAID!

Well, a week ago, I was also on the same journey, and then I wrote this blog for others like me.

With this blog piece, you will find all the relevant information about RAID and its various disk type in one place.

First things first, What is RAID?

For those who don’t know, RAID is a technology that’s utilized to increase the reliability and performance of data storage.

What does RAID stand for?

RAID is an abbreviation for Redundant Array of Inexpensive Disks.

Also, many experts refer RAID to as Redundant Array of Independent Drives as well.

Still, if you guys are confused with what RAID is! Let me simplify it for you:

RAID is a system that consists of two or more drives working in parallel. With drives here, I am referring to hard discs. So, the setup of multiple disks used for data storage purposes is referred to as RAID.

Currently, there’s a trend to use the technology for SSD (Solid State Drives).

You might ask, why do we link multiple disks in RAID?

The disks are linked together to prevent data loss and speed up the performance of data storage i.e., the storing speed of data.

This multiple disk system enables you to employ various techniques such as disk mirroring, parity, and disk striping.

There are five significant RAID levels, each of which is optimized for a specific situation.

You must note here, that these levels aren’t standardized by any authorized standardization committee or industry group. That’s the reason you might find different companies introducing their implementations and unique numbered RAID systems.

What are the different RAID levels?

If you’re a newbie, let me clear the air by addressing that here striping doesn’t mean what you might be thinking of! 🙂 Read on to learn what exactly is disk striping, mirroring, and parity. 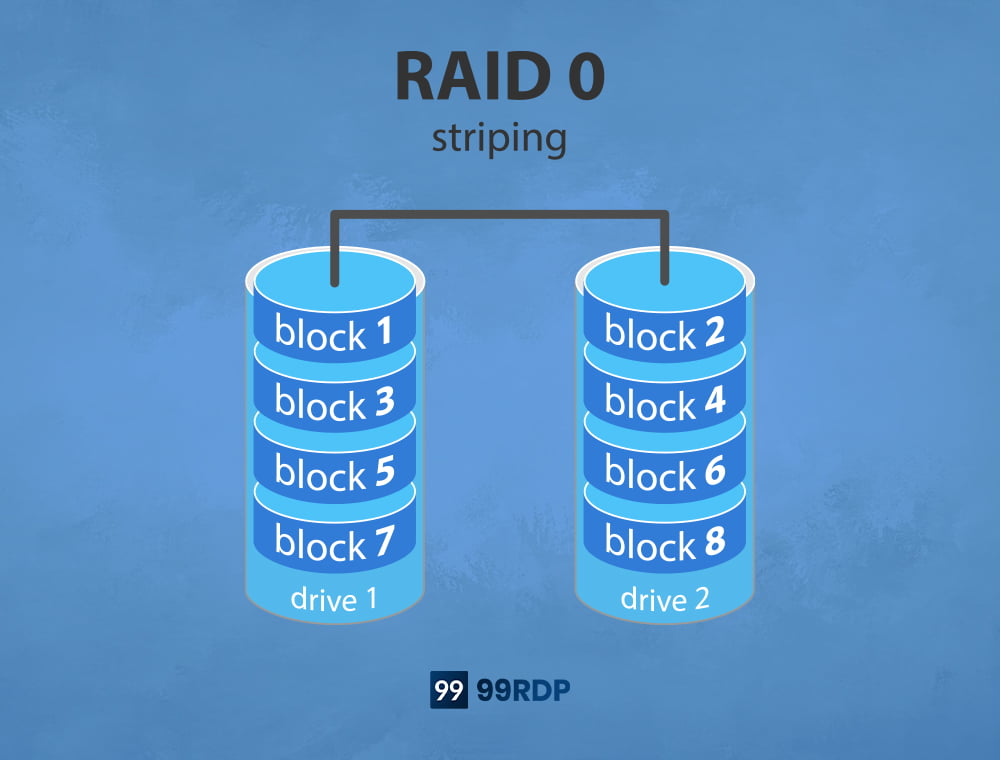 Within this RAID system, the data is divided evenly across two or more storage devices (SSD or HDD). Such division is done to speed up the performance by the proper organization of data, which allows a more expeditious way to read and write files.

You must note, disk striping is one of the best solutions for large applications (that deal with an enormous amount of data) to increase their performance.

RAID 0 is the most affordable type of redundant disk system and is uncomplicated to set up. However, an important fact to note here is that RAID 0 is not error-free or fault-tolerant. Therefore, it’s not recommended for critical data, as when this system fails, it may lead to complete data loss. 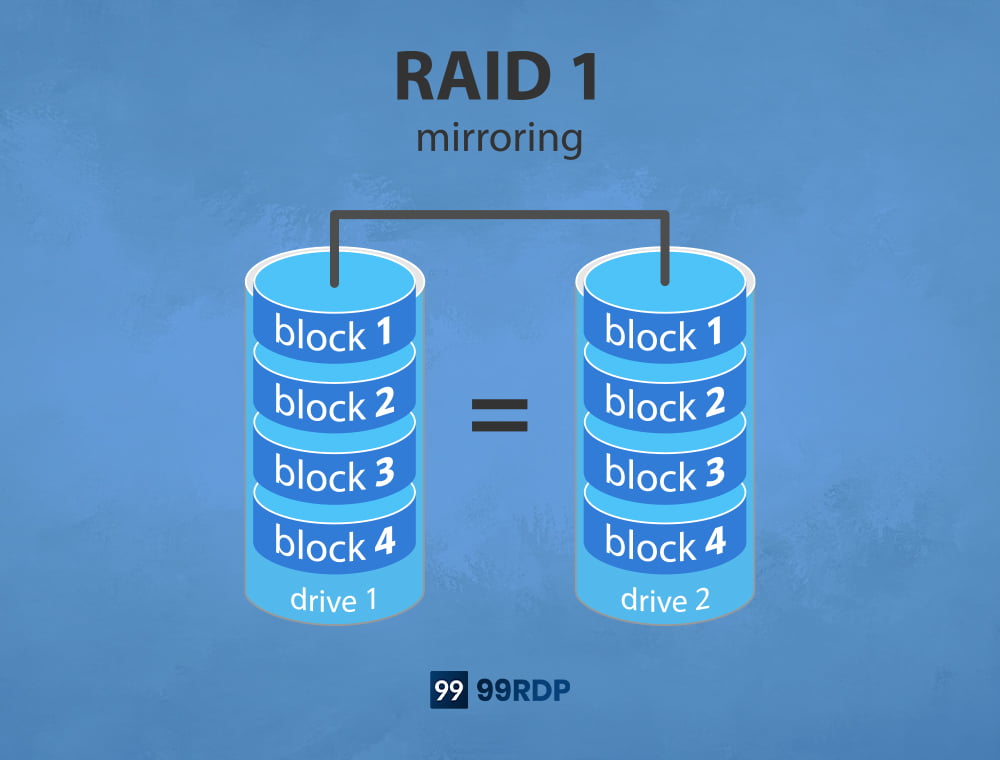 RAID 1 is already one up from the previous level (i.e., RAID 0) by being fault-tolerant. It does so by duplicating data by simultaneously writing on two storage devices. Such an internal process lets one disk create an exact copy on another drive. Hence it is referred to as mirroring as well.

Having a RAID 1 system will ensure any possible chances of data losses. In case one of the disks runs into some problem, the data is secured with the other one.

The system with this setup can read simultaneously from both disks and hence leads to a speedier availability and performance. 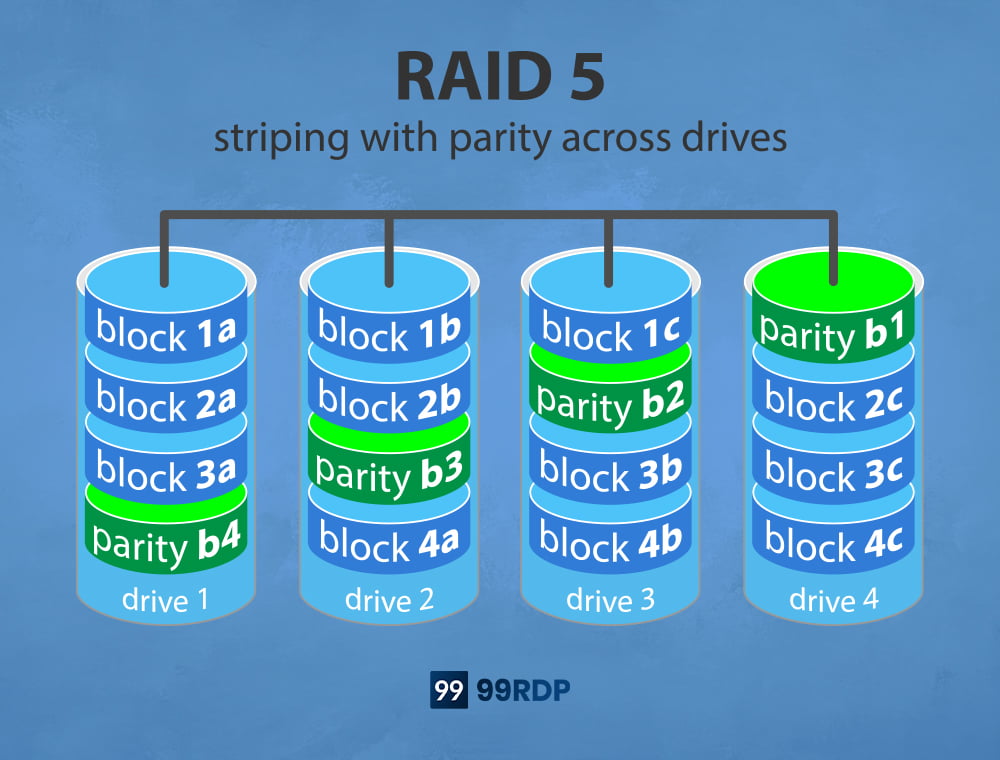 It’s one of the most common and popular choices for organizing independent disks.

A minimum of three disks is required for this setup. These disks are employed for data striping but not for duplication. To protect the system from any catastrophe of disk failure, it utilizes parity spread across all drives to rebuild data (whenever required).

In the event of data loss, it’s one of the most reliable RAID levels.

Not only it’s reliable with the data, but it’s also efficient in providing high performance and reliability.

RAID 6 can be understood easily as it’s quite similar to RAID 5, but with a simple additional feature of double parity i.e., the parity data are written to two drives.

To create such a system, you would require at least four drives. The system robust and can withstand even if two drives fail simultaneously. However, the chances of such an event are rare.

However, as seen in RAID 5, the failure of one disk will require swapping of drives, which may take hours or even days to rebuild. And if another drive fails, then the data will be lost forever. With RAID 6, the array will survive even when the second failure occurs. 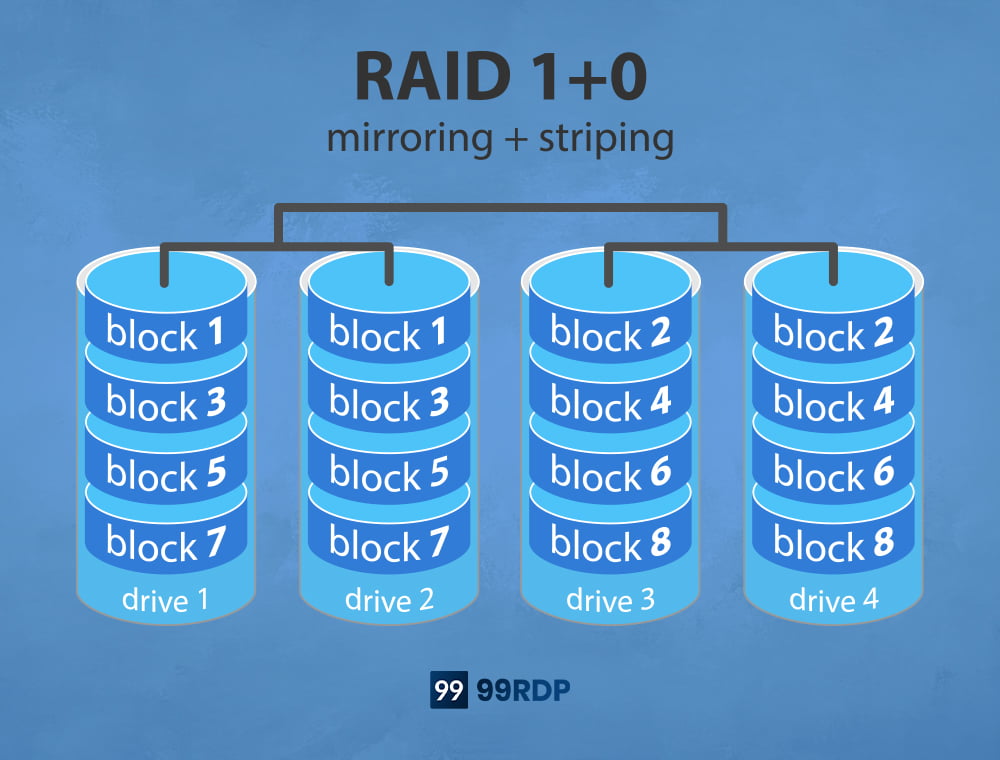 Yes, RAID 10 is nothing but a combination of RAID 0 and RAID 1 with a minimum of four disks.

Within this setup, two disks are striped and mirrored onto two other disks, creating a single array of disk drives—such collaboration benefits from the fault-tolerance feature of RAID 1 and high performance of RAID 0.

Thanks to the data redundancy, RAID 10 successfully offers faster data recovery in case of any disk failure. All such benefits come with a price, and hence the system is quite expensive to set up. Additionally, it primarily used only half of its storage capacity.

On what interfaces do RAID systems operate?

RAID can be operated on diverse interfaces, which include the following major ones:

You may also find systems that may use SATA disks internally but would have a SCSI or FireWire interface for the host system.

What’s the difference between RAID and JBOD?

JBOD stands for Just a Bunch Of Disks.

Many times in a storage system, the disks do not comply with specific RAID levels and hence can be identified as the stand-alone disks. This is often accomplished for drives that contain swap files or spooling data.

I hope this blog was successful in explaining to you all the basics of RAID and its distinct levels.

What RAID level do you employ? Share it in the comments section!

We use cookies to ensure that we give you the best experience on our website. If you continue to use this site we will assume that you are happy with it.AcceptPrivacy policy